Getting People to Agree 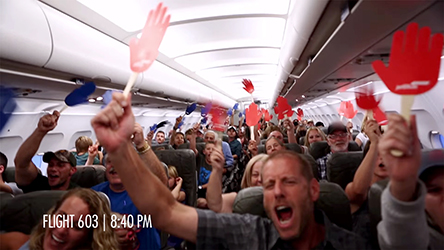 JetBlue Airways recently conducted an interesting social experiment.  On one of their flights, they offered to give everyone on the plane a free round-trip flight to anywhere they fly but ONLY if they could ALL agree on the destination.  There were about 150 people on the plane.  You would think this would be an easy thing to do.  Everyone is getting something for free.

However, game theory tells us this is often not the case.  There is a game called the Ultimatum Game.  In this game, a person is given a sum of money (let’s say $1000).  But that person can only receive the money if they are able to come to agreement with another person on how to split the money.  Empirical studies show that agreement does not always happen.  Issues of greed, “nothing to lose,” fairness — or rather perceived fairness — come into play.  (“I got this money, why should the other person get half?”  “Why shouldn’t I get half for helping him out?  He gets nothing without my agreement.”  “I have nothing now, so I have nothing to lose.”)  Offers of less than 30% are usually rejected.

Then there are also people who are just crazy or who are just contrarian on everything.  Remember the constitutional amendment here in NJ a few years ago to remove an antiquated term that had become an insult over time and replace it with more neutral language?  It only passed 60-40.

So back to JetBlue.  The choices were narrowed down to two.  But remember, all it takes is for one person to disagree an no one on the plane wins.  What happened?  Check the video below to see.