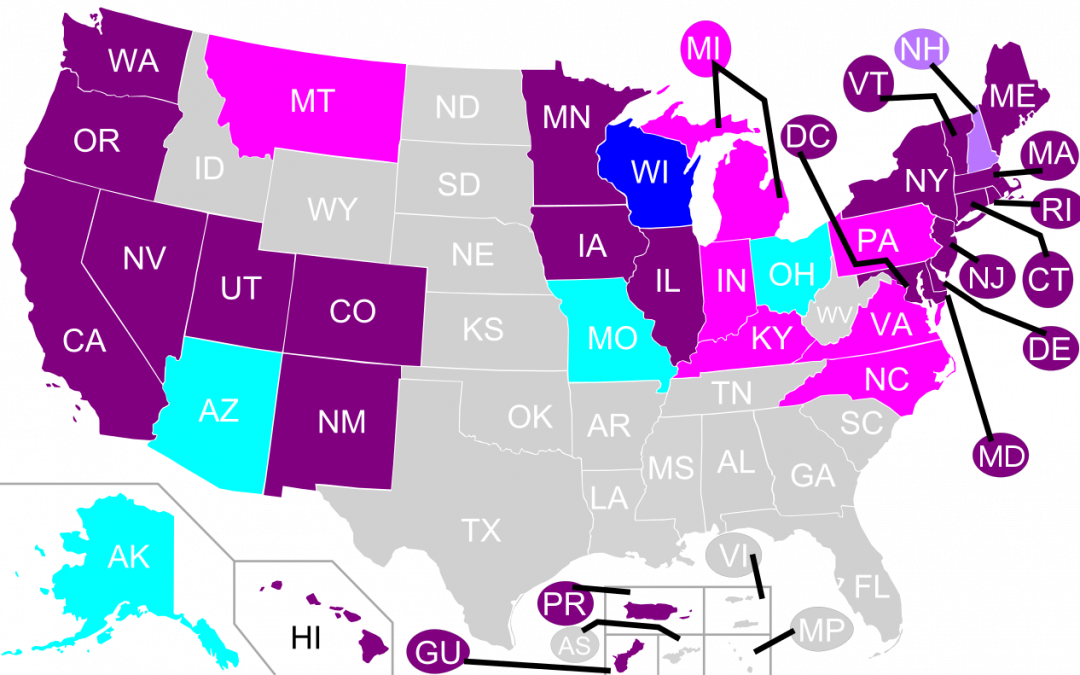 Last year, I wrote about Hively v. Ivy Tech Community College, a sexual orientation discrimination case decided by the 7th Circuit Court of Appeals, where the court ruled that the sex provisions under Title VII of the Civil Right Act of 1964 do not protect against sexual orientation discrimination.  The 7th Circuit reheard the case en banc (by all the judges in the circuit, rather than the usual 3 judge panel) and by an 8-3 margin, reversed the original decision.  The general issues around this case (and other similar ones) were addressed in my original post.  Here’s what Circuit Chief Judge Wood wrote in the court’s en banc opinion:

[Defendant] Ivy Tech sets great store on the fact that Congress has frequently considered amending Title VII to add the words “sexual orientation” to the list of prohibited characteristics, yet it has never done so. Many of our sister circuits have also noted this fact. In our view, however, it is simply too difficult to draw a reliable inference from these truncated legislative initiatives to rest our opinion on them. The goalposts have been moving over the years, as the Supreme Court has shed more light on the scope of the language that already is in the statute:no sex discrimination.

The court looked to a 1998 case decided by the U.S. Supreme Court, Oncale v. Sundowner Offshore Servs., Inc., 523 U.S. 75, which dealt with whether male on male sexual harassment was prohibited under Title VII:

We see no justification in the statutory language or our precedents for a categorical rule excluding same sex harassment claims from the coverage of Title VII.  As some courts have observed, male-on-male sexual harassment in the workplace was assuredly not the principal evil Congress was concerned with when it enacted Title VII. But statutory prohibitions often go beyond the principal evil to cover reasonably comparable evils, and it is ultimately the provisions of our laws rather than the principal concerns of our legislators by which we are governed. Title VII prohibits “discriminat[ion] … because of … sex” in the “terms” or “conditions” of employment. Our holding that this includes sexual harassment must extend to sexual harassment of any kind that meets the statutory requirements.

It would require considerable calisthenics to remove the “sex” from “sexual orientation.” The effort to do so has led to confusing and contradictory results, as our panel opinion illustrated so well.

The dissent in the opinion largely followed the same approach as the original panel.

Our common law system is supposed to allow a participant in the legal system to receive consistent and somewhat predictable outcomes.  Courts are not supposed to be casinos with fates of cases resting on whether the roulette ball lands on black or red.  In some cases, the judges decide then justify.  In this sense, litigants can get any outcome that is justifiable.  In Hively, the district court and the initial circuit panel ruled one way only to be reversed.  Who knows what the U.S. Supreme Court would do if this case is appealed and granted certiorari.  Uncertain outcomes benefit no one.  The parties in this case still have to try the original underlying case.  All this legal maneuvering has gotten the parties to is the originally pre-empted trial.

I do not know what settlement discussions the parties have undertaken, or even if mediation was used, but I hope they consider entering mediation and settling this case.  Further appeals to the U.S. Supreme Court will add more expense and in one outcome, send them back for trial.

Again, this is not an issue in NJ which has the Law Against Discrimination which covers sexual orientation.